Trudy Gives Back to NOAH and The Working Centre 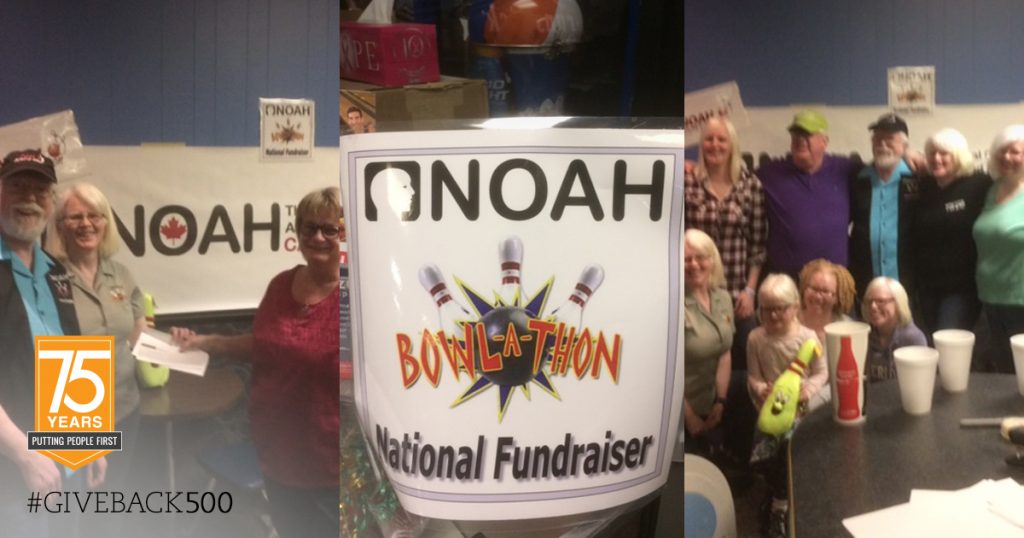 Trudy met Scott & Cindy (pictured) when she moved to Waterloo Region in 2000 and became their neighbour. Both Scott & Cindy have albinism and Trudy has been supporting the NOAH organization through their annual bowl-a-thon for many years.

Our 75th Anniversary Give Back campaign presented a wonderful opportunity for Trudy to go above and beyond her personal contribution and further show her support to her neighbours turned friends.

“It’s always a fun time meeting people that are benefiting from the great works of the organization.” Trudy said.

We agree with Trudy when she speaks to meeting all the people who benefit from the efforts of kindness. It really is a gift we’ve received since launching this campaign.

The NOAH organization received half of Trudy’s $500 contribution, with her other half going to The Working Centre.

The Working Centre is another great local Waterloo Region organization that assists the members of our community in various ways such as job searching and housing assistance. They also run the St. John’s Soup Kitchen, the Queen Street Commons Cafe, and Recycle Cycles – to name a few.

Trudy is connected to people in her personal network who have benefited from the highly-acclaimed and most often free programs offered at The Working Centre. She was happy to direct part of her contribution towards the Centre to help offset some of the costs of running them.

We are happy to see Trudy’s kindness spread across organizations and love that both of her contributions are based on personal relationships she holds dear. That is the ripple effect we hoped to see throughout this campaign; giving from the heart, first – then the pocket and back again.

Huge Thanks for an Awesome Campaign!

As we are sure you can imagine, right now we’re experiencing the occasional delay with delivery of products from suppliers and extended lead times for certain services as we do our part in keeping properly distanced as we work.

As always, your safety, and the safety of our team, is of the utmost importance. We are taking every care to ensure that all protocols are followed while providing outstanding service and Putting People First in everything that we do.

Your request is important to us and we kindly ask for your patience in getting back to you as we work to service our current clients and support our staff, partners and our community during this time.